I was going to buy a Nimitz class aircraft carrier today, but instead I bought lunch at Rubio’s.

And to be totally honest, I would rather have a burrito from Rubio’s even if an aircraft carrier was the same price.

So I’d like to put together a newscast… I want this guy to be my weatherman, and the guy from the previous blog entry needs to be my field reporter.

The more you watch this, the funnier it gets… watch it ten times. hahaha

Proof that you should have to take some sort of IQ test before having a Facebook account.

This is a rather good idea for something to do when a telemarketer calls you. 🙂

This is so stupid it’s actually funny… 🙂

Not really David Blaine, but much more entertaining. 🙂

I know it’s rather unpatriotic to sell my citizenship to any country who gives me the lowest income tax rate, but well… it’s all good. I did a little (very little) research and found places like Russia have a 13% flat income tax rate (no wonder they can’t afford to launch their Soyuz). 🙂

Hopefully if I move my business and servers to another country, if it would be considered US income tax if I didn’t actually *work* while in the US… I could just live here as a permanent tourist. {shrug}

Anyway, if you are a representative of a country, you may place a bid here in comments, but please be advised it’s not a legally binding bid until I receive the notarized version (see below).

To the countries bidding:

If you grew up watching the Charlie Brown’s Great Pumpkin thing, you will think this is funny (unless of course you have no sense of humor). Thanks to Alison for letting me rip her off on this one. 🙂

I have to thank my old roommate Tracy for this… she apparently thinks of me whenever she hears this song. haha Great.

The RIAA/MPAA should take a note here… I never heard of this song until Tracy told me to go find it on YouTube… and I just purchased the whole album via iTunes Music Store because of it. I would have never gone to the store to buy it, but one-click purchasing of the album makes it easy. Now if you could just do this with DVDs, I would buy/watch more. And I guarantee I don’t have a unique viewpoint.

Old news now, but maybe someone didn’t catch it…

I know it’s a little old, but I didn’t see it until today, so now you get to see it too. 🙂

I’m not sure if this is supposed to be a joke, or what… but this guy might as well been speaking Chinese and doing backflips. I think I may be able to put one in my new car (maybe)…

(I totally ripped this off from Julien)

I don’t know much about Muslim religions, but to be honest, it looks like it could be a pretty fun party… 🙂

Would any ladies out there like a date with Borat? 🙂

So I’ve been wearing this Indian dress pajama thing for a few days now, and I’m starting to feel more and more Indian… so I took another picture so you guys can tell me what you think. 🙂

Actually it was Photoshopped (hah, really??) by a couple of Digital Point users, but it turned out rather funny I think. 🙂

Note: I just posted this while driving 70mph on the freeway. I don’t recommend… not safe, and very hard.

Okay, so you know how my car got stolen a few weeks ago? I just had an epiphany and realized what really happened to it…

The MPAA/Universal Studios hired someone to steal my car. They didn’t do it because just want to annoy me or because they thought it had anything cool in it (which it didn’t… except for my sunglasses). Nope… the real reason is they want to see if I would lie to my insurance company to try and claim I had other stuff in it which I didn’t, then have my car magically turn up with whatever stuff they were hoping I would claim not there. Then they could somehow use that against me to show my “bad character”. 🙂

Oh… speaking of my car, it looks like it’s going to be around 7 weeks before I have a replacement. I had to put in a special order to get the exact one I had before (color and options), so they have to build it especially for me. Lame.

This is funny… and if you don’t think so, then you are dumb… because it is! heh

The more I watch this guy, the more I realize what a lyrical genius he is… He’s good. Real good.

You can thank Julien for bringing this glorious video to my attention. 🙂

This aired a week ago, but it’s still funny and it just recently showed up on Google Video (they aren’t letting you embed the video unfortunately, so you need to click the link). 🙂

President Bush didn’t look like he was having a terribly fun time during it. heh

Sometimes it’s great fun (heh, okay…) to publish blog entries in the future. For example when this entry appears on the blog, I’ll be at Dane Cook’s show at Mandalay Bay in Las Vegas.

If you plan on walking up to a copy and flipping him off, be prepared for a beat down. 🙂

Me and some friends decided to go to Las Vegas next weekend to go see Dane Cook on Saturday. Whew hew! 🙂

Too bad Julien, Scott and all the other sorry suckers that have to work can’t go! 😉

This guy cracks me up… it’s like a train wreck. You don’t want to watch, but you can’t help it. 🙂

You can check out a ton of his dances, and even make requests.

Dude, if this happened to me, someone would have to die (literally).

I saw this a couple weeks ago and forgot to post it on my blog, so a little late is better than never I suppose. 🙂

What a nice dad… make your kid cry (and probably crap his pants) and videotape it for your viewing pleasure. haha

Well, I wouldn’t *technically* call him my boyfriend… but he totally wants me. 🙂

I think Julien might have too much time on his hands… 🙂 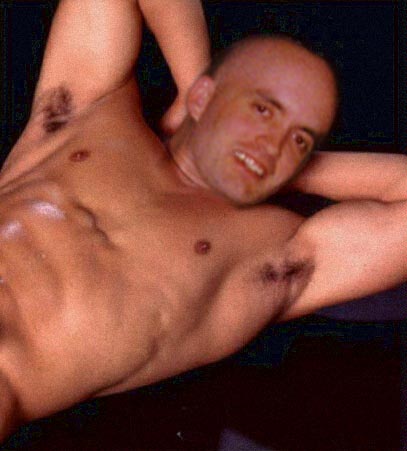 Looks like Adam Sandberg did a followup to the widely popular “The Chronic – what? – cles of Narnia” Saturday Night Live skit. Not quite as funny, but still funny. Especially with all the Chuck Norris hoopla going on lately.