Does anyone besides me think that the new generation of game consoles have *really* good graphics??? 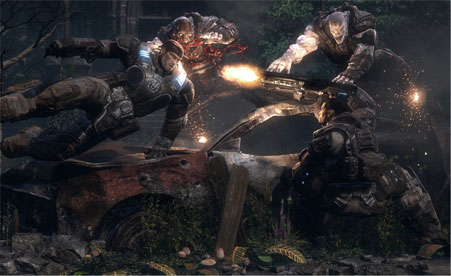 This is a actual game play screenshot from Gears Of War (for Xbox 360) which comes out later this year. Screenshots like that almost make me want to go buy an Xbox 360 and a new TV just to take advantage of it. 🙂

7 thoughts on “Gears Of War”