San Diego was the team that went into New England and beat the Patriots at home for the first time in years (21 straight home game victories). Now they went to Indianapolis and treated Peyton Manning like the little bitch that he is. Indianapolis was the NFLs only unbeaten team (13-0) and San Diego killed their aspirations of an undefeated season.

Peyton Manning isn’t all that great. Maybe Indianapolis will bring Ryan Leaf out of retirement to give them a real quarterback. 🙂 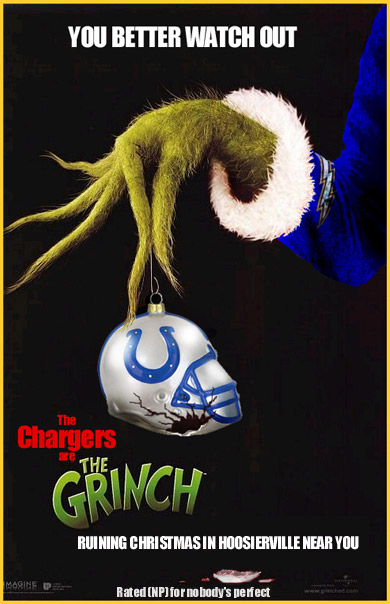 5 thoughts on “Chargers Are The Grinch”